Pesticides are heavily used in conventional farms to protect food crops. But according to a recent study, about a third of global farmland today is at high risk of pesticide pollution.

Published Monday in Nature Geoscience, the study revealed that Asia houses the largest land areas that face an increased risk of pesticide pollution in countries like China, Japan, Malaysia and the Philippines.

Furthermore, the study showed that 34 percent of the high-risk areas are in places with high biodiversity, while about 19 percent are in low- and lower-middle-income nations. Another five percent are in water-scarce areas.

In particular, they found that about 64 percent, or some 24.5 million square kilometers, of global farmland was at risk of pollution from more than one chemical commonly used in pesticides.

Meanwhile, about 31 percent of global farmland was at high risk of pesticide pollution. In these farmlands, pesticide levels were more than 1,000 times higher than what industry standards consider “no observed effect concentration” (NOEC).

Farmland at high risk of pesticide pollution includes at least 60 percent of all European farmland, which are usually treated with dangerous levels of herbicides, fungicides and insecticides.

In addition, the researchers assessed the risk of pesticide pollution in terms of the type of environment, such as soil, surface water, groundwater and atmosphere. Of these, surface water is the most vulnerable because runoff can easily pollute waterways.

Lead author Fiona Tang also explained that the higher the levels of pesticide, the higher the probability of non-target species being negatively affected. Given their findings, Tang and her colleagues called for a global strategy to transition towards “sustainable agriculture and sustainable living” involving minimal pesticide use.

Pesticides allow commercial farmers to meet global food demand. But despite their advantages with regards to food production, pesticides are ubiquitous environmental pollutants for several reasons. (Related: EPA approves use of toxic pesticide previously banned for use on citrus.)

First, pesticides don’t contaminate soil alone. Through runoff and infiltration, these toxic chemicals can end up in both groundwater and surface waters, polluting those water sources and severely affecting their usability. Second, pesticides do not discriminate among insects, killing both harmful and beneficial ones like bees.

In contaminating both soil and water sources, pesticides pose a massive threat to terrestrial and aquatic animals. But as the global population grows, so does pesticide use.

The study by Tang and her colleagues did not examine the impacts of pesticide use on human health. That said, they noted that the leaching of pesticides into water used for drinking could pose a real threat to human health.

Learn more about the environmental impacts of pesticide use in agriculture at Pesticides.news. 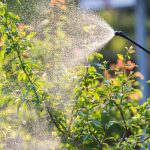 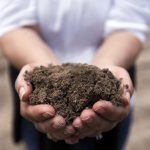 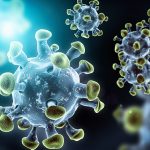 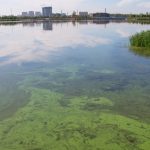 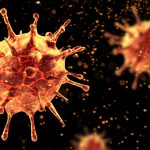